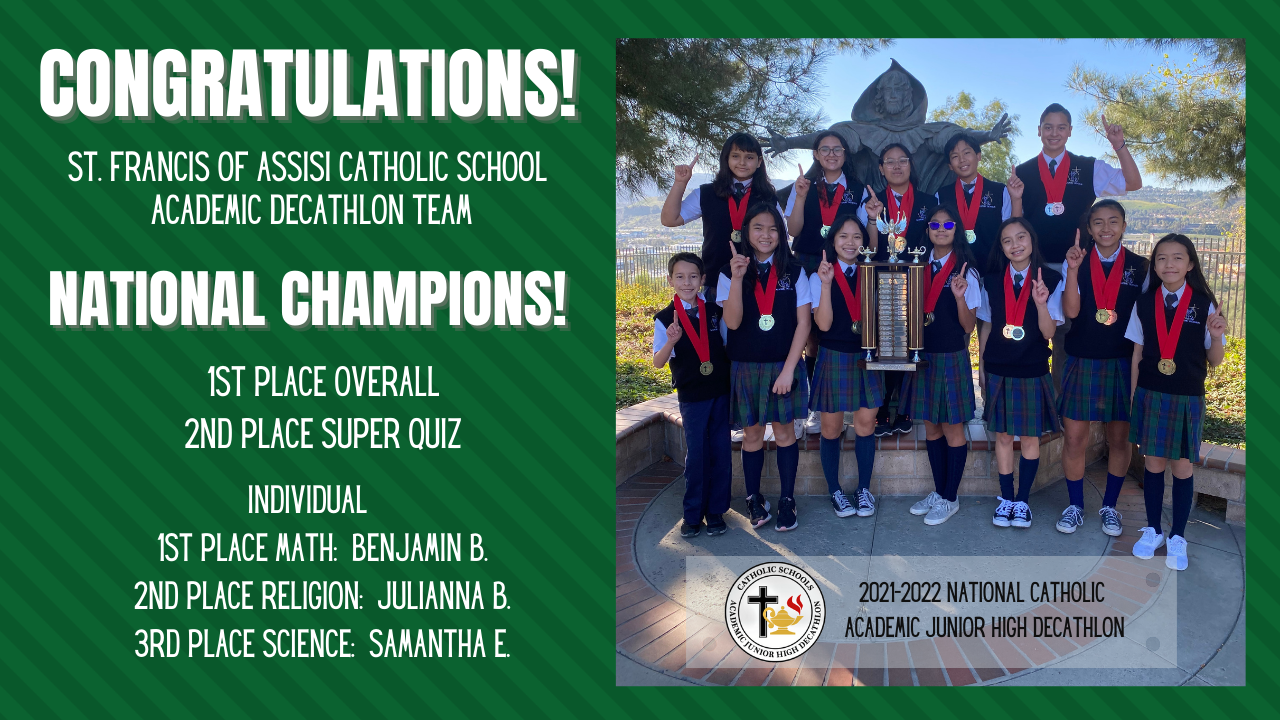 In March 12 hard working St. Francis of Assisi Catholic School students took first place at the National Junior High Academic Decathlon competition for the first time in school history. The team consisting of 10 decathletes and 2 alternates took first place in the Logic portion of the intellectual competition and second place in the Super Quiz category. Individually, 7th grader Benjamin Bernard took first place in Math, 8th grader Julianna Bacolod took second place in Religion, and 8th grader, Samantha Elizarraraz, took third place in Science.  The compiled results put them above 160 other schools from across the country and garnered them the title of National Champions.

Established in 1989, the National Academic Junior High Decathlon is a spirit-filled contest that strives to bring forth the cognitive talents of Catholic students in grades 6 through 8.  Students first compete at a regional level in subject areas that include Literature, Math, Social Studies, Science, Religion, Fine Arts, Math, and Current Events, with winning teams and individuals advancing to the national competition.

St. Francis' team began their journey to the top last October when students and coaches immersed themselves in their individual subjects and began focusing their energies on mastering the team-centric Logic and Super Quiz portions of the annual contest.  Their first place performance at the regional level in early March was a school first that served as a testament to the hours of studying and preparation the team put in.  Spurred on by their positive results locally, the team advanced to the national competition with high hopes.

“Facing off against talented minds from multiple states was a thrilling experience,” says St. Francis Principal Jeannette Lambert.  “We are just so proud of our team and their perseverance!”

As part of the Diocese of Orange, St. Francis of Assisi Catholic School, located in the foothills of Yorba Linda, is dedicated to developing students from preschool through 8th grade as Christ–centered individuals with an academic focus. 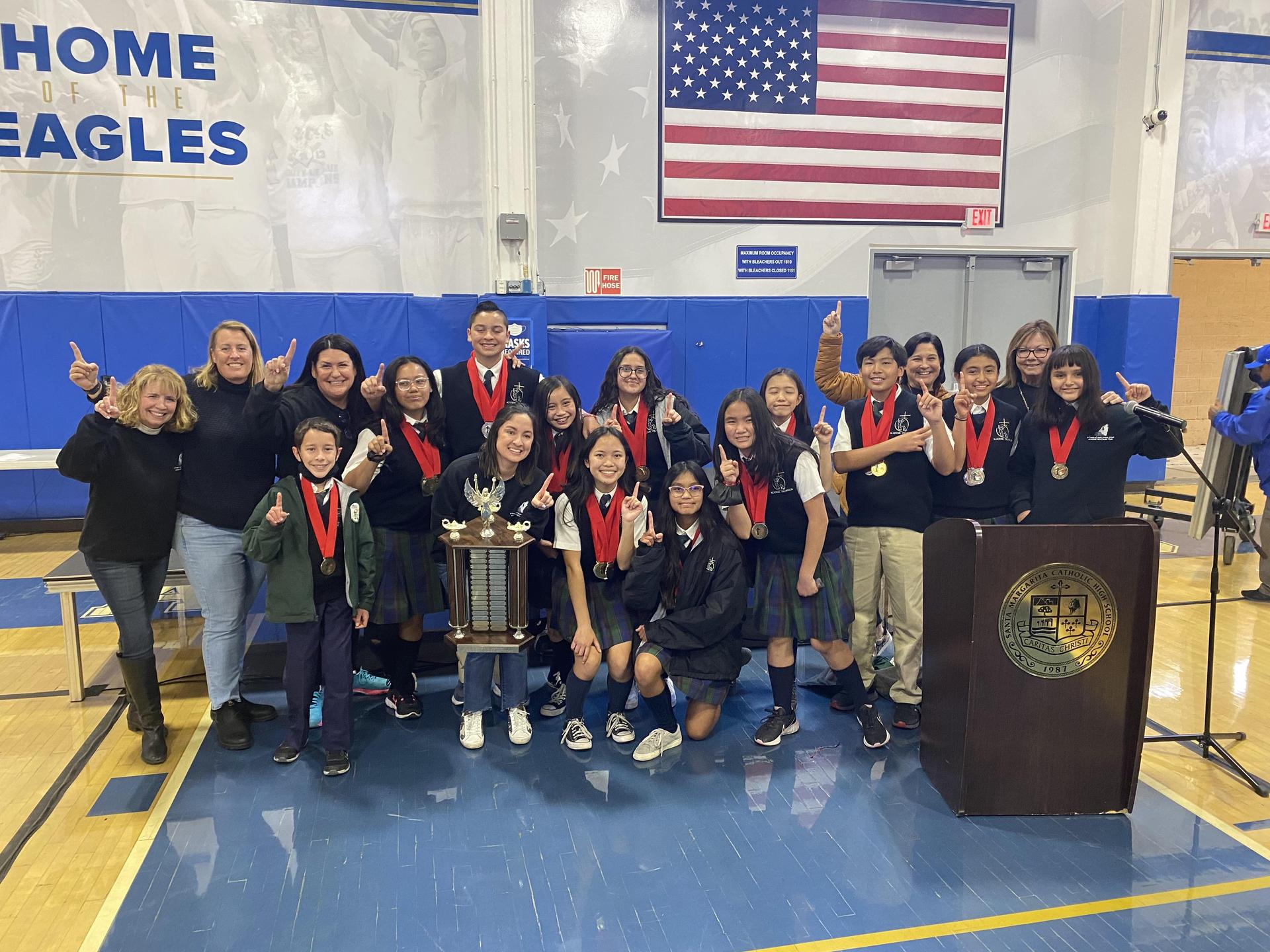 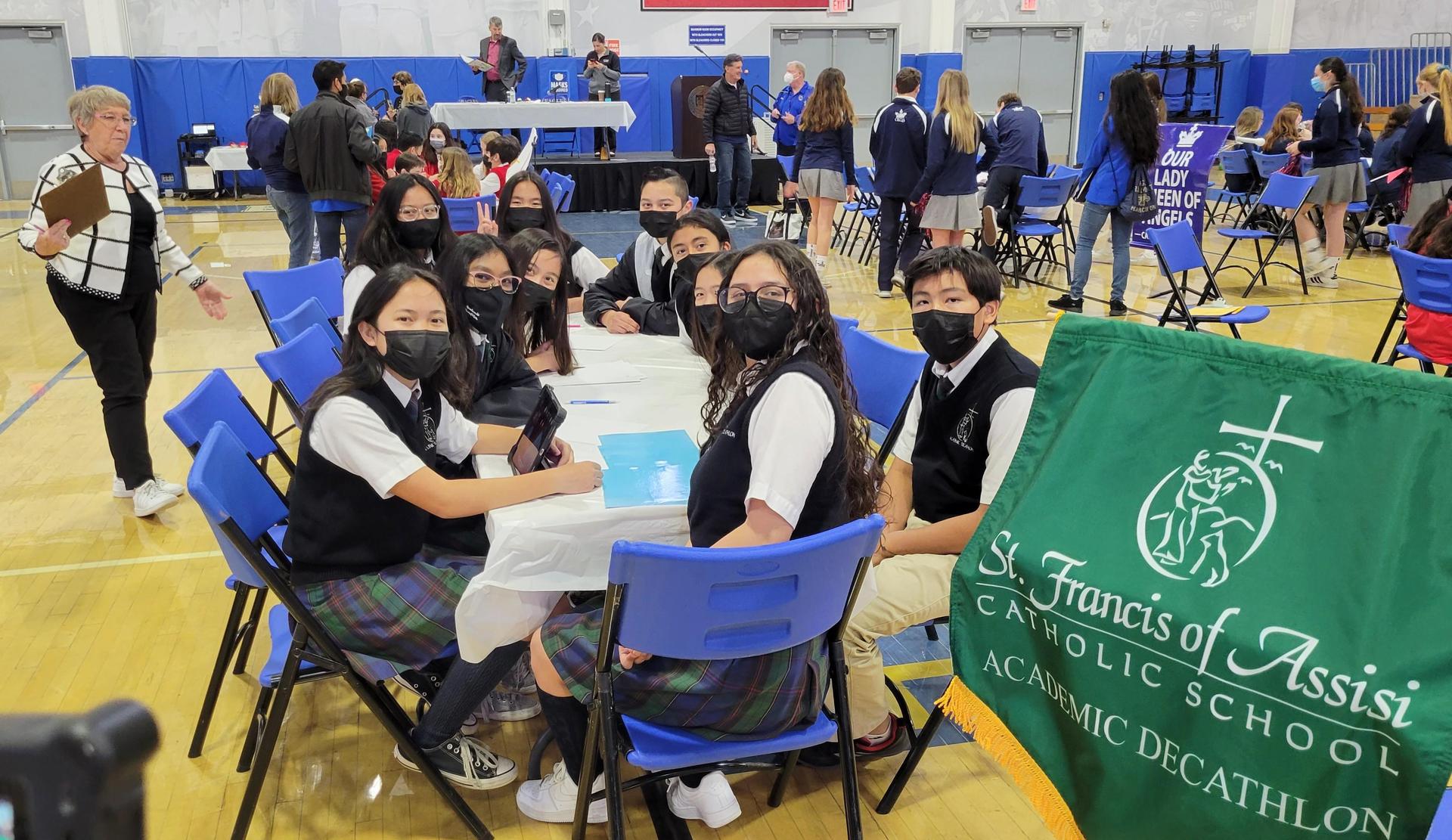 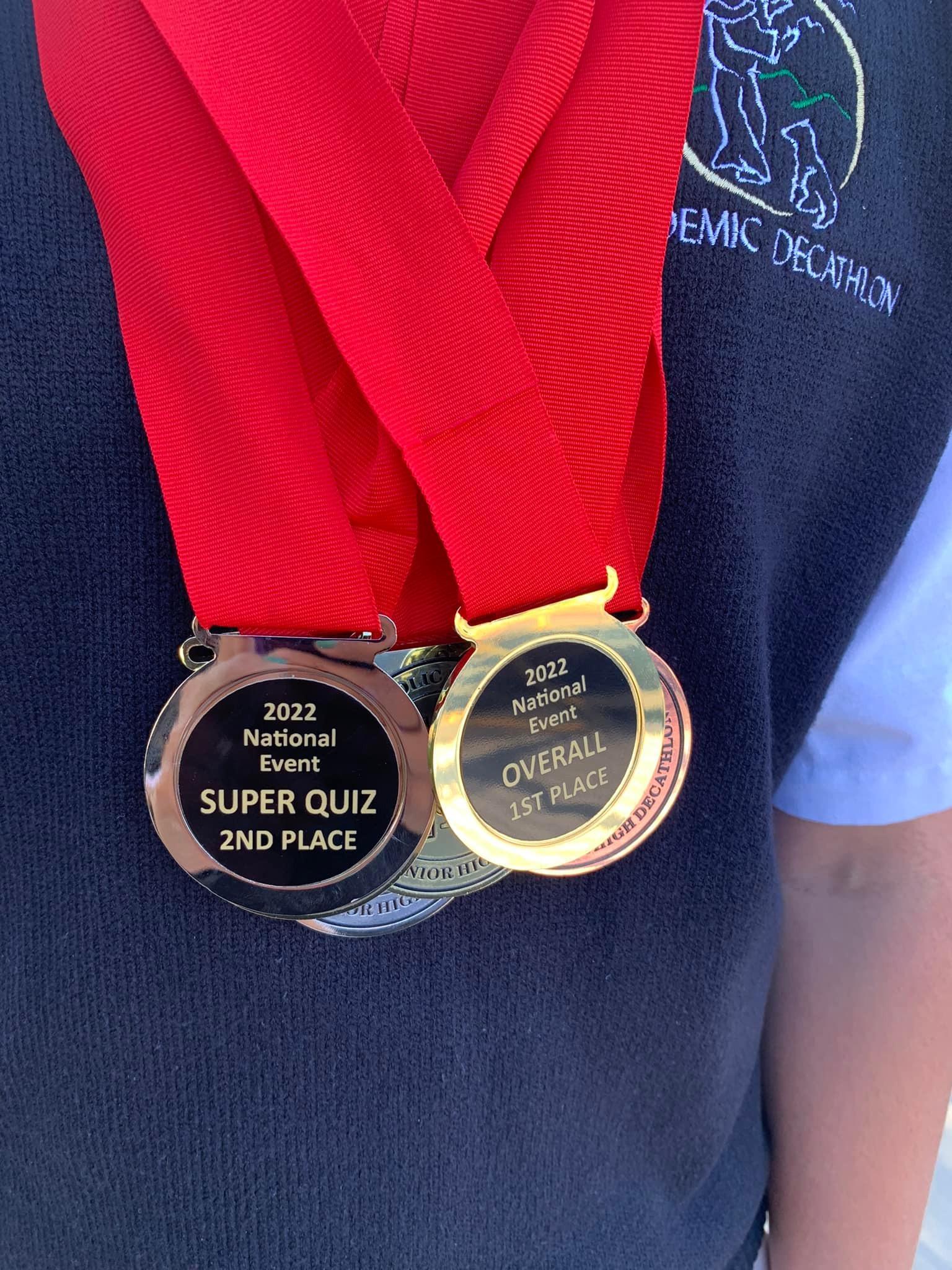