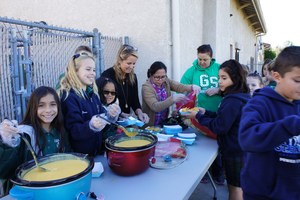 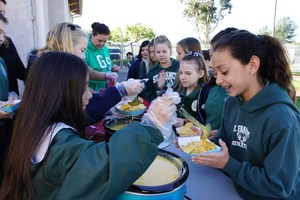 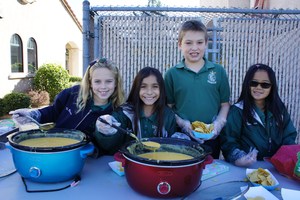 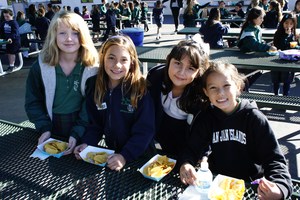 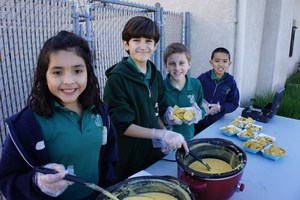 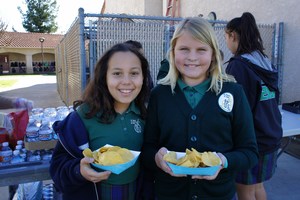 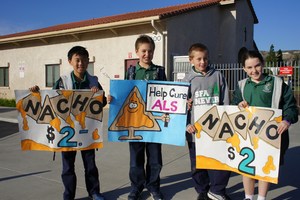 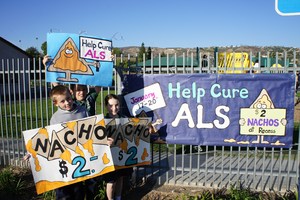 Children rally for a cause that hits close to home.

YORBA LINDA, CA, January 17, 2016 – For the past nine years, St. Francis of Assisi Catholic School fourth graders have been selling nachos at recess as part of a Christian Service Project benefitting Augie’s Quest.  Founded by Augie Nieto, a pioneer in the fitness industry, entrepreneur, and person with ALS, Augie’s Quest is an aggressive, cure-driven effort focused on finding treatments and cures for ALS, Lou Gehrig’s disease.  The cause has a special place in the heart of the St. Francis community as three members of the Nieto family are on staff at St. Francis and several more have attended the school.

Laurie Schoenke, Nieto’s sister, has been at St. Francis as both a parent and staff member for over 15 years.  All four of her children have graduated from the school and recently her son, Blake, has returned to campus in the role of Athletic Director.  Sister-in-law, Jennifer Nieto, who has also been a member of the St. Francis family for 15 years, is the Physical Education instructor at the school, and her three children are also St. Francis graduates.

“It is beyond heartwarming to see our school community rallying for a cause that we are so personally connected to,” said Shoenke.

“Our students get a sense that their actions are truly making an impact because they see how deeply grateful the Nieto family is for their efforts,” said Tom Waszak, St. Francis of Assisi Catholic School Principal.  “The funds they raise aren’t going to an intangible recipient that they do not know personally, they are helping the brother and uncle of individuals they see on a daily basis,” he continues.  “More than that, they are learning from an inspirational figure in Augie Nieto.  A man who has taken the most difficult of situations and made it his life’s work to to change the outcome for himself and for the many others affected by ALS.”

A pioneer in the fitness industry, Augie Nieto co-founded Lifecycles, Inc. in 1980. Over the course of 20 years, he grew the company, now called Life Fitness, Inc., to be the largest commercial manufacturer of fitness equipment in the world. In March 2005, Augie's life took an unexpected turn when he was diagnosed with amyotrophic lateral sclerosis (ALS), a muscle-wasting condition also known as Lou Gehrig’s disease. Since then, he and his wife, Lynne, have launched and directed Augie’s Quest, which, thus far, has raised more than $50 million to fund research to find a cure for ALS. This makes Augie's Quest the largest individual fundraising program for ALS.

While many only live for a few years with ALS, Nieto’s passion for life is still going strong. Drawing strength from his family, friends, and waves of supportive emails and online messages, Augie maintains a positive attitude and continues to lead an active life. As Chairman of the Board of Directors at ALS TDI (ALS Therapy Development Institute), Augie is instrumental in the management of the Institute and acts as a spokesperson for the company.  100% of donations to Augie's Quest go directly to fund ALS drug development.

“He is an amazing inspiration,'' said nephew Blake Warye. "Definitely a hero. Augie has never allowed the disease to keep him from doing what he wants to do."

“Augie is determined to make an impact,” Jennifer Nieto said. “He is not focused on personal success, but instead is driven by significance: ‘How can I make a difference?’ What a powerful lesson for all our children to learn.”

Christian Service Projects are an important way St. Francis students see the Gospel in action. These endeavors enable students to experience what it means to help people not because they want to be "nice," or because they expect to "get something back in return," but because of a genuine connection felt with others as God's children.