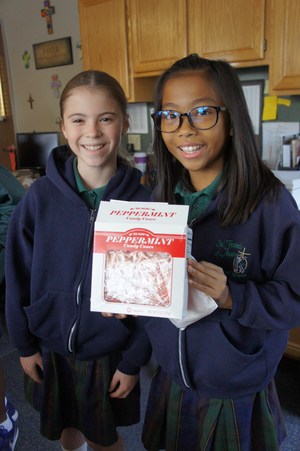 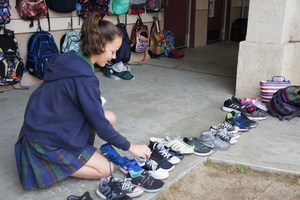 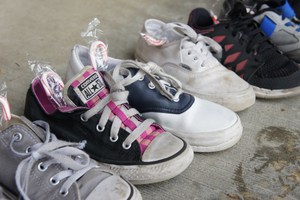 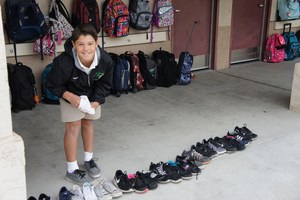 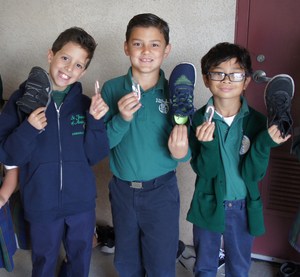 A Wolf News report on the feast day of St. Nicholas.
By: Mia F

During the holiday season, there are many traditions that make Christmas a time of excitement for many children. One of the most recognized traditions is the arrival of Santa Claus. The character of Santa Claus began with St. Nicholas. St. Nicholas is one of the most well-known saints of them all. He is famous for bringing kids and adults presents and treats on his sleigh on Christmas Eve. But there's a lot more to St. Nick than dropping presents down a chimney. By giving his riches to a poor man for a good cause, St. Nick showed his generosity and charity toward others. We recognize St. Nicholas on December 6th, his feast day. He is celebrated throughout most of the world in various ways.

Countries like Germany have a unique way of preparing for and celebrating St. Nick’s day. Families clean their homes thoroughly and children polish their shoes. Food for St. Nick and his horse are put on a plate. Then the children leave their shoes outside, under their beds, or outside their door. Children who have done good might receive candy or treats; children who have done bad, however, would receive twigs or coal. Italy is another country who celebrates similar to this way.

Here in the United States, we have a different way of showing our respect to St. Nick. Parades are held in major Dutch-founded cities as he rides on his horse around each. Candy or small presents are tossed to bystanders along the way. At night, children leave stockings on their chimneys while they sleep, and treats are placed inside them that evening. Many families clean their shoes and tidy up their houses in preparation. Similar to Germany’s tradition, good children receive treats, while bad children will receive coal.

We at SFA spend St. Nick’s day in our own way, as well. In the mornings, all students put their shoes outside the classroom after announcements. Student council members and representatives act as Santa’s “elves”, placing a candy cane inside each shoe that is outside. While this is happening, each classroom tells a story about St. Nick in order to give the “elves” time. It's amazing to see the reactions of the younger students when they find the candy inside their shoe. This tradition both gets students excited for the holidays, and also teaches them the real story of St. Nicholas and helps them realize what his feast day is really all about.

St. Nick’s day is oftentimes overlooked by many people. It's important to see that St. Nick is not just Santa Claus, and is not just known for dropping presents down a chimney. He stands for generosity, kindness, and charity. So next year, when his feast day comes again, try not to think only of Santa Claus, and presents, but also of the good he'd done for others, and the real meaning of the feast day.