St. Francis Roots Inspire Candidate to Make A Difference in the Community 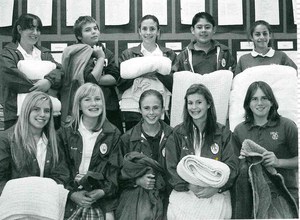 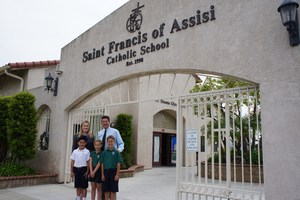 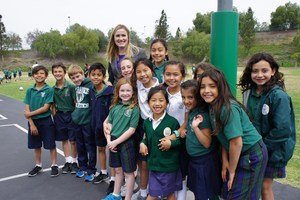 Campbell attended St. Francis from kindergarten through eighth grade.  During her tenure she participated in many clubs and activities including Student Council, Campus Ministry, Academic Decathlon, and Sports.  As the first candidate for Yorba Linda City Council born and raised in Yorba Linda, Campbell counts her experiences growing up in the community as a driving force in her decision to throw her hat into the ring.  “St. Francis and the local parishes, especially St. Martin’s, helped to raise me in a spirit of service,” said Campbell.  “I see this as a next step because if good people don’t put themselves in a position to make a difference, then what choices are we left with?”

Campbell’s instinct to get involved in order to help others and generate positive changes began at a young age.  She was part of a group of students at St. Francis that came together to form a Campus Ministry Club.  Their mission was to lead by example.  Throughout that year Campbell and her peers collected coats and blankets for the local needy and raised money for the poor in Ghana, Africa.   The St. Francis Campus Ministry Club has continued to grow over the years and still works to lead by example today.

Initially drawn to journalism and sports, Campbell was also St. Francis’ Spirit and Athletics Commissioner.  In that position she originated the rally cry “Howlin’ with the Wolves,” a cheer used to this day by students and staff at sporting events and spirit rallies.  “I went to college thinking I would be a sports broadcaster.  Once I got involved with different organizations and on committees I saw the impact elected representatives can make and wanted to be a part of it,” said Campbell.

During a recent visit to the St. Francis campus she advised students to try everything and take advantage of the opportunities the school offers.  She noted that the variety of experiences available, and that the amazing support of the staff and the parent community makes it a safe place to attempt new things and discover talents and interests. “There are many ways to get involved, whether it is at school, at church, or in the local community.  This school and our town have so much to offer young people,” said Campbell.

“Tara has always been a leader,” said St. Francis Eighth Grade Teacher, Ann Cooper.  “She is incredibly grounded and driven, and I am excited to see her using her gifts to make a difference in the community.”

After graduating from St. Francis, Campbell attended Rosary High School in Fullerton where she graduated with honors and was Student Council President her senior year.  She then went on to receive a bachelor’s degree in political science and broadcast and digital journalism from the University of Southern California in the Spring of 2015, followed by a masters of public administration from the Price School of Public Policy at USC this May.  Currently, Campbell works for State Assemblywoman for California’s 55th District Ling Ling Chang.  She is also the Chairwoman for the Yorba Linda Parks and Recreation Commission.

The overwhelming show of support speaks volumes about the excitement surrounding her candidacy and the value that community members place on education, insight and hometown roots.  “People are excited for a product of Yorba Linda to represent our city,” states Campbell.  “Yorba Linda is a community that gives back.  That is something that has been in my blood.  I was born and raised here, this is my home and I want to give back at the civic level.”

Election Day is Tuesday, November 8, 2016.  You can learn more about Tara Campbell by visiting www.taracampbell.org.